An update on our Sandbox interface and the Legacy Editor

When we released CRYENGINE V earlier this year at GDC, we had a lot of news for developers to digest, such as our all-new community driven business model or the unveiling of our Marketplace allowing everyone to buy and sell assets for their games. A new business model! The Marketplace! Full engine source code for everyone! Grabbing fewer headlines, but nevertheless a huge change especially for our long-time users was the new, Qt-based editor interface that replaced the older MFC-based UI.

Why create a new editor interface in the first place?

Our main reason for taking this big step was our desire to provide a better and more consistent user experience across the entire editor interface, especially for newcomers. As CRYENGINE  originally started out as an internal tool over a decade ago, the interface grew organically over time as new features and functionality were added, with little regard for its learnability for outside developers.

By essentially starting over using the Qt framework, we get an opportunity to take years of learning and developer feedback into account as we create a new unified user experience for the editor and all its components.

These efforts will also give us more flexibility in the future when it comes to potentially adding support for additional platforms to the Sandbox Editor itself, while generally allowing for faster iteration and development on our end.

Looking to 5.3 and beyond

While we are convinced that this rework is for the best for the long-term health and growth of CRYENGINE, we didn’t want to throw our users into the cold water just yet, so we kept shipping what we lovingly call the “Legacy Editor” with the releases of CE 5.0, 5.1 and 5.2 to allow users to stick with their familiar surroundings as we kept improving and adding functionality to the new editor.

This dual support of both the old legacy editor and the new CRYENGINE editor will end with the release of version 5.3, which is currently scheduled for early December. Going forward, we will only support the new Qt-based user interface and editor, while the old legacy version will get its well-deserved retirement. We feel that after an additional nine months of improvements and refinement (a lot of it based directly on the invaluable feedback of developers already working with the new editor), it no longer makes sense to keep working on two separate and incompatible versions of our editor.

We would rather have everyone on the team focus all their attention and efforts on making our new editor the best it can be for our community. Once 5.3 is released, we will of course continue to monitor feedback and work hand in hand with the community to ensure that CRYENGINE is the best tool to achieve your vision.

I am hope too that there will be source code of Sandbox availiable to work with modified version of engine ;)

I waiting from CryEngine Free SDK, But really I do not Know, How I start Programming CE5?? I'm a Indie Programmer and Researcher.

Is complete API C# in CE5.3?
I mean really possible with C# CE 5.3 can create a game like as Crysis3 ??
I have a lot of questions.
I want quick answers.
Can you work with me?

Please See my Channel in the this link, I made a lot video tutorials(CRYENGINE,Lumberyard,Unity,S2Engine) and My Portfolio (But I want Focus on the Only ONE Game Engine),Please help me that I can start Programming C# in CE5.3 , CE5.4 ,etc :
https://www.youtube.com/channel/UCN9MWr1LFeR7i5AdkyxVMbg/playlists

I've always admired Crytek.
In fact, when I saw that CryENGINE 3.
The turning point of my life began.

This news is a wise decision.
I know the new interface in CE 5.x is much better than before, I Like QT User Interface ,
But we need to have a lot of Components and Entities.
I saw in version 5.2, is visible only a few entries ,that CE 3.8.6(Free Game SDK), number of entries is very high.
I hope , I seen a lot of Components and Entities in CryEngine 5.3
Thanks a lot for all your efforts CryTek. 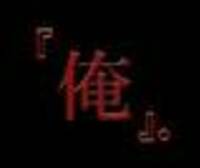 I want to 5.3 this week! The main thing that would be the beginning of December, not stretched up to 15 December

1
2
3
4
View all
More like this
Bringing The Climb to Oculus Quest
Find out how we brought The Climb to Oculus Quest in our development roundtable.
February 10, 2020
Meet the Team: Roman Perezogin, Junior Technical Designer
Today we’re speaking with Roman Perezogin, a former indie developer who we recruited from our community to join the CRYENGINE team!
February 07, 2020
Meet the Team: Aleksei Vaniushkin, Community Coordinator for CRYENGINE
CRYENGINE is the output of a diverse team and today we’re talking with our Community Coordinator Aleksei to give insights into his daily routine.
January 24, 2020
2
Privacy preferences