Including fixes for 14 reported issues from CRYENGINE 5.2.

With today's release of CRYENGINE 5.2.1, we are addressing the following issues that you reported from 5.2. IN addition, source code can now once again be downloaded from GitHub.

Audio: ACE could sometimes crash when being opened while either Fmod Studio or SDL_Mixer were running.

Audio: Default audio entities plus some areas did not properly work in game templates.

Audio: Debug graphic was drawn 1 unit away from the actual audio entity.

Core: There could be a crash during engine initialization when no pak encryption was provided.

Core: Game Zero could not be started.

Rendering: Changing value of custom materials could lead to a crash.

Sandbox: Dragging an object into the example map after updating a project from 5.1 to 5.2 lead to a crash.

Sandbox: Users would get spammed with error notifications when opening the editor in a GameSDK project.

Sandbox: Legacy export of the Woodlands level to the engine broke the layer loading and corrupts the *.pak files.

Sandbox: Upgrading a project from 5.1 to 5.2 deleted layer in the example map.

As always, we look forward to your feedback- keep it coming!

This is rediculous - why in the hell aren't there manual links to download engine-versions?! 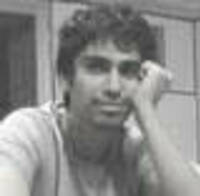 there is no update for my launcher.. 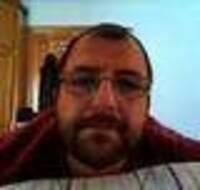 Reply
1
2
View all
More like this
Meet the Team: Phillip Gehring aka Sunnlok
We speak to our latest recruit from the CRYENGINE community, Systems Programmer Phillip Gehring, aka Sunnlok, about his game dev journey so far.
April 19, 2021
3
Meet the Team: Roman Perezogin, Junior Evangelist
Meet our new CRYENGINE evangelist! A familiar face to many of you, our very own Roman Perezogin talks about plans for the community in our interview!
January 21, 2021
2
Meet the Team: Fabian Kober, Junior Gameplay Programmer
Last summer, we hosted Fabian Kober as part of a student team presenting a CRYENGINE VR project. Today, Fabian is on our team! Discover his journey.
December 02, 2020
1
Privacy preferences