Looking ahead: The Schematyc Beta release in CE 5.3

Those of you who keep close tabs on our Development Roadmap and our ongoing GitHub releases may have already spotted the name ”Schematyc”. But what is it? And when will all of you developers out there in the CRYENGINE community be able to get your hands on it? Read on for answers to these and more questions.

At its heart, Schematyc is a node-based visual scripting language aimed at changing the way gameplay systems can be built within CRYENGINE. It gives designers the power to create new gameplay functionality using a set of building blocks, without needing an actual programmer every step of the way. As such, it should especially benefit smaller indie teams, where we know that experienced C++ programmers can often be a rarity, as it allows everyone on the team to help with the gameplay scripting. How it differs from Flowgraph

Some of you may be raising their eyebrows now and wondering what the release of Schematyc means for our existing visual scripting tool, Flowgraph.  While they may look similar at first, their intended purposes are actually very different. Whereas Flowgraphs are great for level scripting, Schematyc is designed to provide more finite control of the objects within those levels. All logic is driven by state and context in order to simplify the information that is presented to designers, and greatly reduced latency should make it possible to take new gameplay systems beyond the prototyping stage without the need to re-write them in C++.

So when can you get your hands on it?

The initial release of the Schematyc Beta will happen as part of CRYENGINE 5.3 later this month. So, what do we mean when we call it a “Beta”? For starters, this initial release will have mostly very basic node functionality, to show the general concept and idea behind Schematyc; you will however be able to create your own nodes already. There will also be bugs and other issues commonly seen in Beta software.

The truth is that Schematyc is not yet at a stage where we would feel comfortable calling it a finished release, but we do want to get it into developer’s hands as soon as possible to hear their feedback and thoughts on this exciting new feature. Previous Beta releases, such as the initial release of our Global Illumination technology in 2015, lead to great feedback that helped our internal team to make the tech even better, and we hope the same will happen with the Schematyc Beta.

So if you get a chance to check it out once CE 5.3 is available, please let us know what you think in our new forums (spoiler)! at the time flowgraph was way more powerful than blueprint.

acutally schematyc is not very powerful than Blueprint of Unreal Engine.because It's poor for controlled by schematyc now! 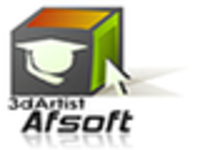 what a hell is this?
UE4 blueprints are really mature and production ready system. this "Schematyc" is kind of miscarriage and looks like defective by design.
Guys, do not deceive yourself with this goofy system, make Flowgraph better instead.

1
2
3
4
View all
More like this
CRYENGINE Razer Chroma RGB Integration reveal
See in action how we integrated RGB lighting system with Neon Noir in our latest video featuring commentary from our CryEngineers.
February 26, 2020
1
Bringing The Climb to Oculus Quest
Find out how we brought The Climb to Oculus Quest in our development roundtable.
February 10, 2020
Meet the Team: Roman Perezogin, Junior Technical Designer
Today we’re speaking with Roman Perezogin, a former indie developer who we recruited from our community to join the CRYENGINE team!
February 07, 2020
Privacy preferences