We speak to Poppermost Productions and WastedStudios about developing SNOW

Last week we were delighted to announce that Crytek is publishing open-world winter sports game, SNOW. Today, we’re chatting to Poppermost Productions who created SNOW and WastedStudios, the co-developers of the game, to find about their indie game dev journey with SNOW and what players can expect now the game has launched.

CRYENGINE-powered SNOW lets you lose on a massive mountain which you can explore on a snowboard, skis, or by snowmobile. You can customize your character with clothing and equipment before you hit the powder, take on different events, and play online with friends. The free-to-play game is available on Steam right now, and we caught up with Alexander Bergendahl from Poppermost Productions and Christian Söllner from WastedStudios to find out more. 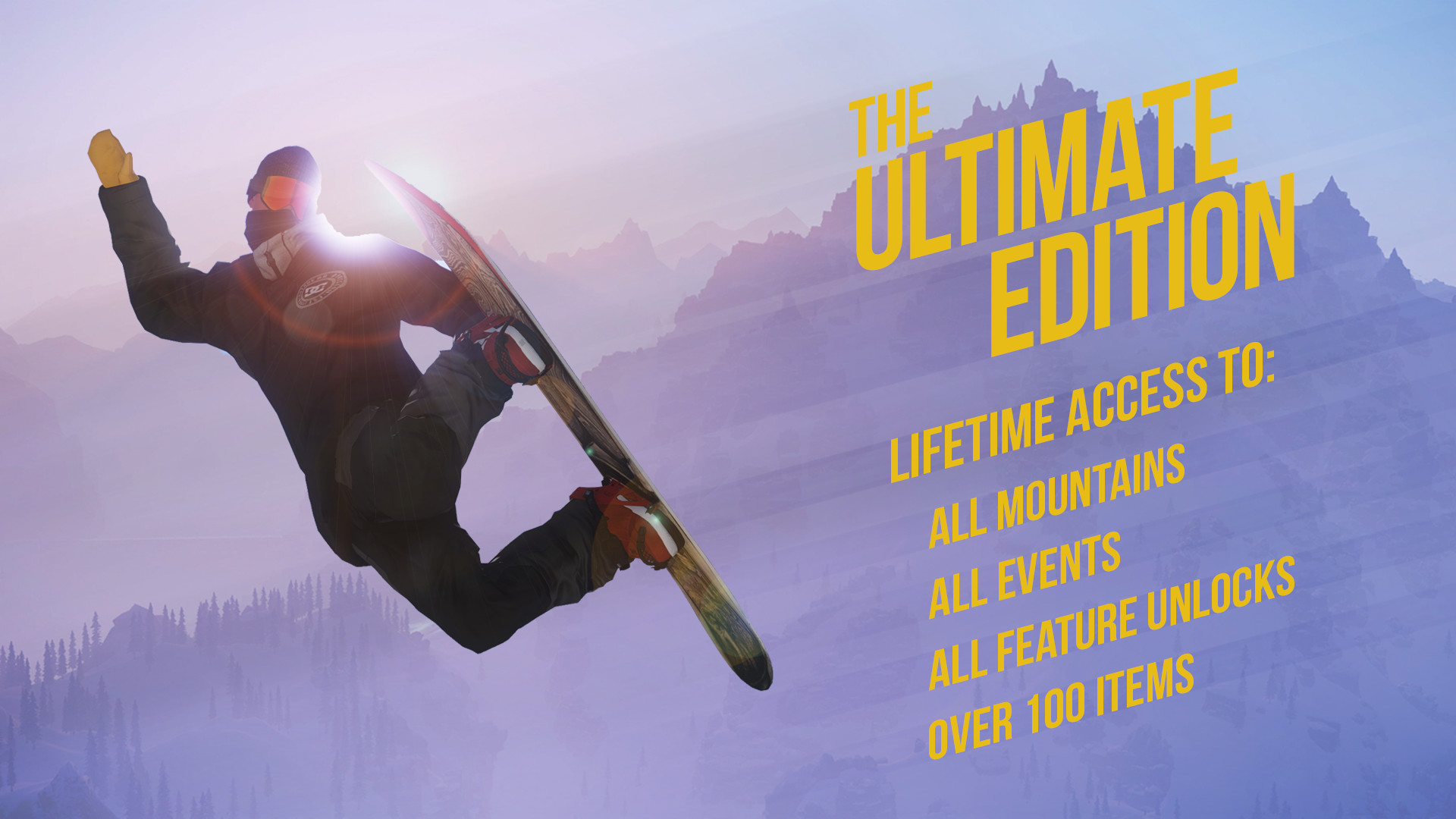 Congratulations on the full launch of SNOW. How does it feel to move out of Steam Early Access?

Alexander: It feels amazing! We started working on SNOW back in 2012 and launched on Steam Early Access in late 2013, so it has been quite a long journey. Steam Early Access can be a dangerous place where a lot of indie games often die before they make it to 1.0, so I’m glad that SNOW made it this far.

Christian: SNOW is the first title WastedStudios has released to a huge community-focused store like Steam. For us, SNOW isn’t only a great project to work on or a super-fun game to play. We tried to invest as much energy as we could to release a product that is worthy of the awesome community that stands behind the game.

What makes SNOW unique compared to other winter sports games?

Alexander: SNOW is the only free-to-play game for winter sports. When we launched SNOW back in 2013, we were the first game to offer skiing and snowboarding in a genuinely open world, something that clearly inspired other game developers to create games to compete with us. What makes SNOW unique is the mountain environment we have created. Every aspect of Siala has been handcrafted for gameplay. There are nearly two dozen unique areas that each bring their own look and gameplay style to the experience. Furthermore, we’ve created so many paths down the mountain that each run can be totally different.

The love of winter sports is the inspiration behind SNOW. I grew up skiing and snowboarding and have always loved the freedom and creativity these sports give you. Whether you’re on the piste, in the park, or on the powder, you define your own style. I always felt let down by winter sports games, so I decided to take it upon myself, together with my amazing two co-founders, to make the game that we always wanted to play. 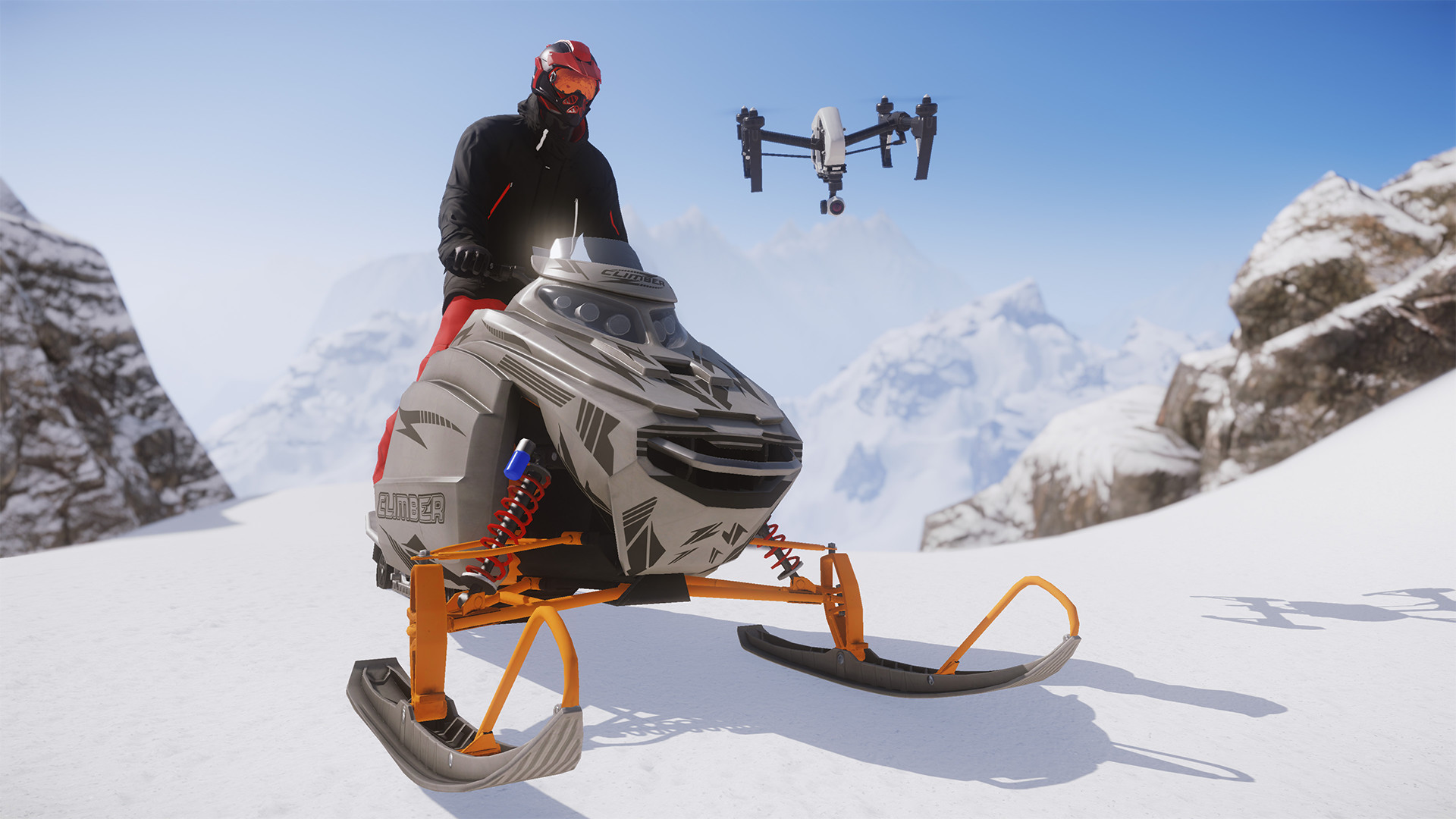 Why did you choose CRYENGINE to make SNOW?

Alexander: We selected CRYENGINE because of its out-of-the-box ability to create massive open worlds. We launched the first version of SNOW as a team of three, me and a programmer and an artist, and we wouldn’t have been able to create such a big world without the power of the engine.

How has Crytek worked with you during the development and launch of the game?

Christian: Crytek were great in responding to our needs during development. Every project has different requirements regarding support or technologies. Crytek’s engineers listened to us and understood which areas we needed their support to achieve the best possible result in the shortest possible time. I would also like to add that the QA team at Crytek did a tremendous job searching for issues in the game that could have impacted the player experience.

Alexander: Crytek has invested its own time and money into supporting SNOW and bringing it out of Steam Early Access. Thanks to Crytek, more people have been exposed to the game and hopefully found something awesome. We have always enjoyed a strong relationship with Crytek, so it was a natural fit to work together on this launch. 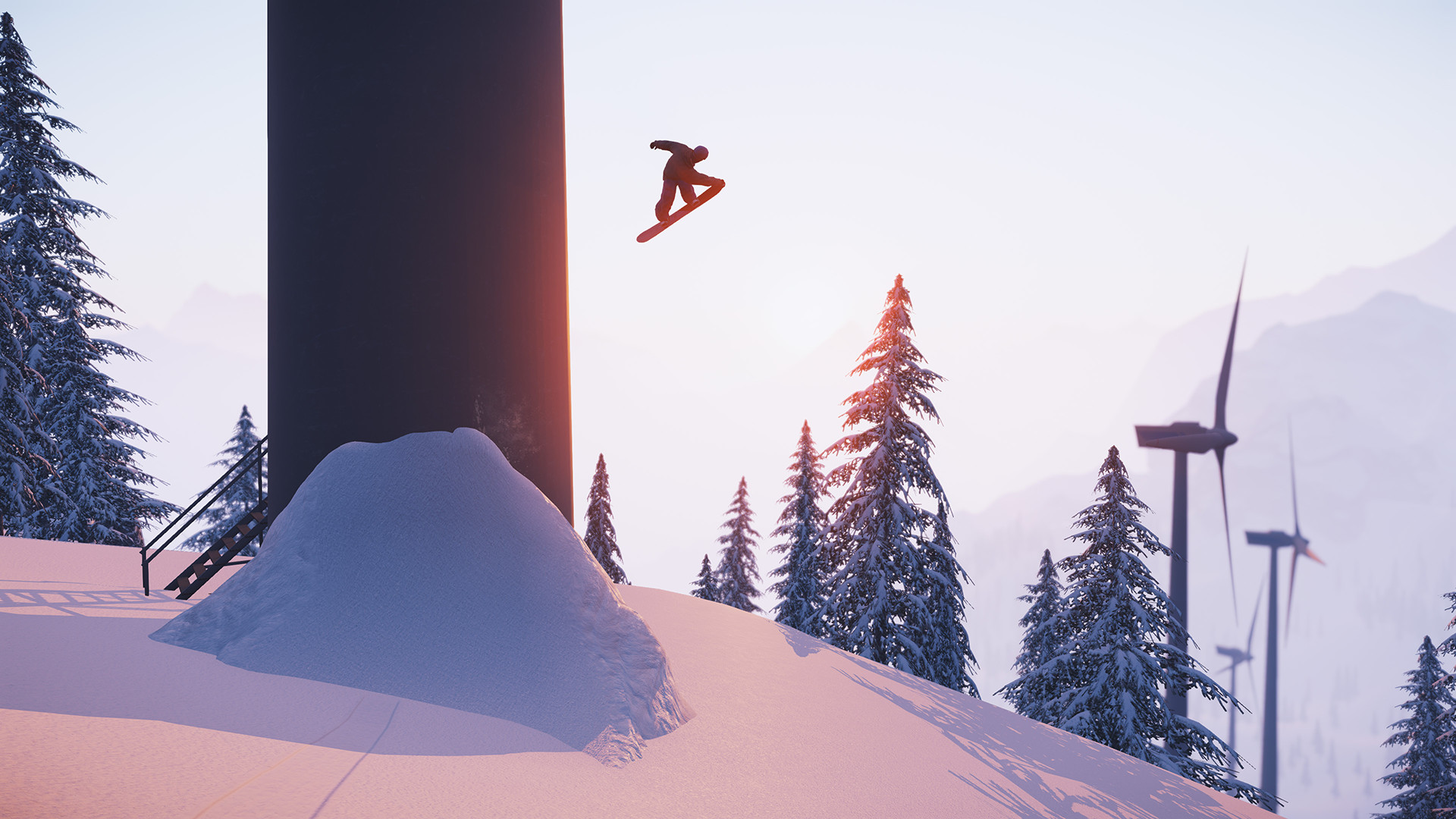 What are the main changes in the game?

Alexander: The most significant improvement in SNOW is the stability of the game. Crytek and WastedStudios thoroughly tested the game and fixed a lot of the bugs and performance issues the game had. Other than that, WastedStudios also implemented Collectables and Mountain Completion, two features that will give players a lot more to do in the game.

Christian: I wouldn’t say that there were a few main changes, but more a vast amount of small improvements that give players a much-improved experience of the game. We also ported the game to take advantage of CRYENGINE 5.5.2 – the latest engine version – and all its new features.

Which CRYENGINE features have helped you and your team realize the vision?

Christian: SNOW is a project that is very demanding when it comes to engine requirements. On the one hand, there are huge, 8x8km mountains which you can explore without any loading screens once you are on the powder. On the other hand, SNOW features a dynamic light setup that changes in-game daytime according to the local time. Looking at the overall feature set of SNOW I would say that the real-time lighting and the robust renderer of CRYENGINE are the features that helped us the most.

The game was ported to CRYENGINE 5.5.2. What benefits do you get from using the latest version of the engine?

Christian: Using the latest version of CRYENGINE gave us the opportunity to work with new features, better-documented code, and engineers that are up to date with the latest engine features to help us out on critical tasks. 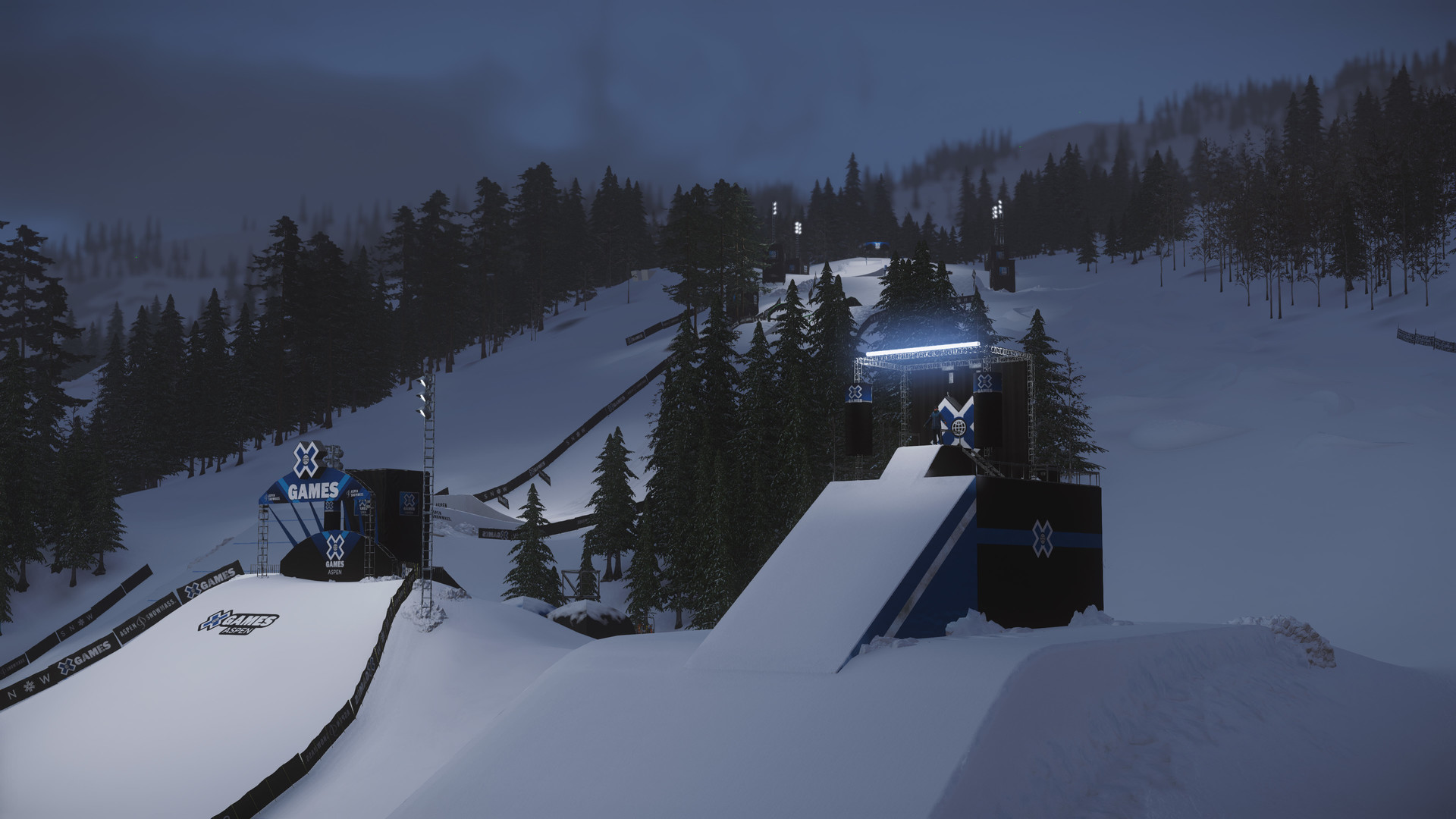 What can players expect to come to SNOW in the future?

Alexander: Going forward we hope to continue to support SNOW by bringing new features and content to the game on as many platforms as possible. There is so much that can be done with a world and framework like SNOW, so hopefully, we have the chance to try some cool things out.

What are your favorite parts of the game?

Alexander: My favorite part of SNOW is the replay tool that lets you re-watch your entire session from whatever camera angle you’d like. I love making edits and trailers, so this feature is right up my street. We built powerful camera systems into the game so that you can get the exact shot you want to really show off an awesome trick.

Christian: My favorite part of the game is actually the community that has sprung up around the game. I love to play the game myself, but during development and directly after release we had a lot of contact with the community, especially on the game’s Discord channel. It is so rare to join a community on the internet that is so nice, understanding and helpful. We’d like to thank everyone in the community who has joined us and contributed bug reports or suggested game improvements.

Looking back at the process, what advice would you give to other indies?

Alexander: Being an indie developer takes grit. The path is never straight forward, and there are so many unexpected turns along the way that it can easily get frustrating and demoralizing trying to launch a game. It’s also important to build strong relationships with partners who can help you reach your goal and, like in our case, work with you to make amazing things happen!

Head over to Steam now and play SNOW for free or take advantage of the launch discount on the SNOW Ultimate Edition DLC and don’t forget to join the SNOW Discord server to join the community!

Are you an indie developer yourself? Show us what you’re working on! We look forward to your feedback in the comments, on the forum, and via Facebook and Twitter, and don’t forget to join the community and CRYENGINE staff members over on Discord. See you on the slopes!

View all
More like this
Meet the Team: Aleksei Vaniushkin, Community Coordinator for CRYENGINE
CRYENGINE is the output of a diverse team and today we’re talking with our Community Coordinator Aleksei to give insights into his daily routine.
January 24, 2020
Dungeons & Dragons Tabletop Map
Check out an amazing D&D animated tabletop map and find out how it was created in an interview with our very own Alexander Klinger.
January 07, 2020
5.6 Particles and Systems
Discover more of the new features and improvements from the particles and systems teams in CRYENGINE 5.6
September 12, 2019
3
Privacy preferences