Tuesday, February 13, 2018 — Developed by Warhorse Studios and achieved with CRYENGINE, Kingdom Come: Deliverance launches worldwide today and will immerse players in an epic story-driven open-world RPG set during the most dramatic and dangerous times of the Holy Roman Empire. We spoke to Tobias Stolz-Zwilling, PR Manager at Warhorse, about how CRYENGINE has made the difference for the game.

In Kingdom Come: Deliverance, you play as Henry, son of a blacksmith, and are plunged into the chaos of a raging civil war as different factions fight for the future of medieval Bohemia. You meet real historical characters, experience the authentic look and feel of the Middle Ages, and will learn to master a groundbreaking, realistic combat system on their journey. Featuring a massive world filled with majestic castles, vast battlefields, and more, all rendered in stunning high-end graphics, your actions will influence the reactions of those around you as you develop your character, solve quests in multiple ways, and face the consequences of your decisions. We sat down with Tobias Stolz-Zwilling, PR Manager at Warhorse, to find out more about their development experience and find out what features in CRYENGINE have helped the team. 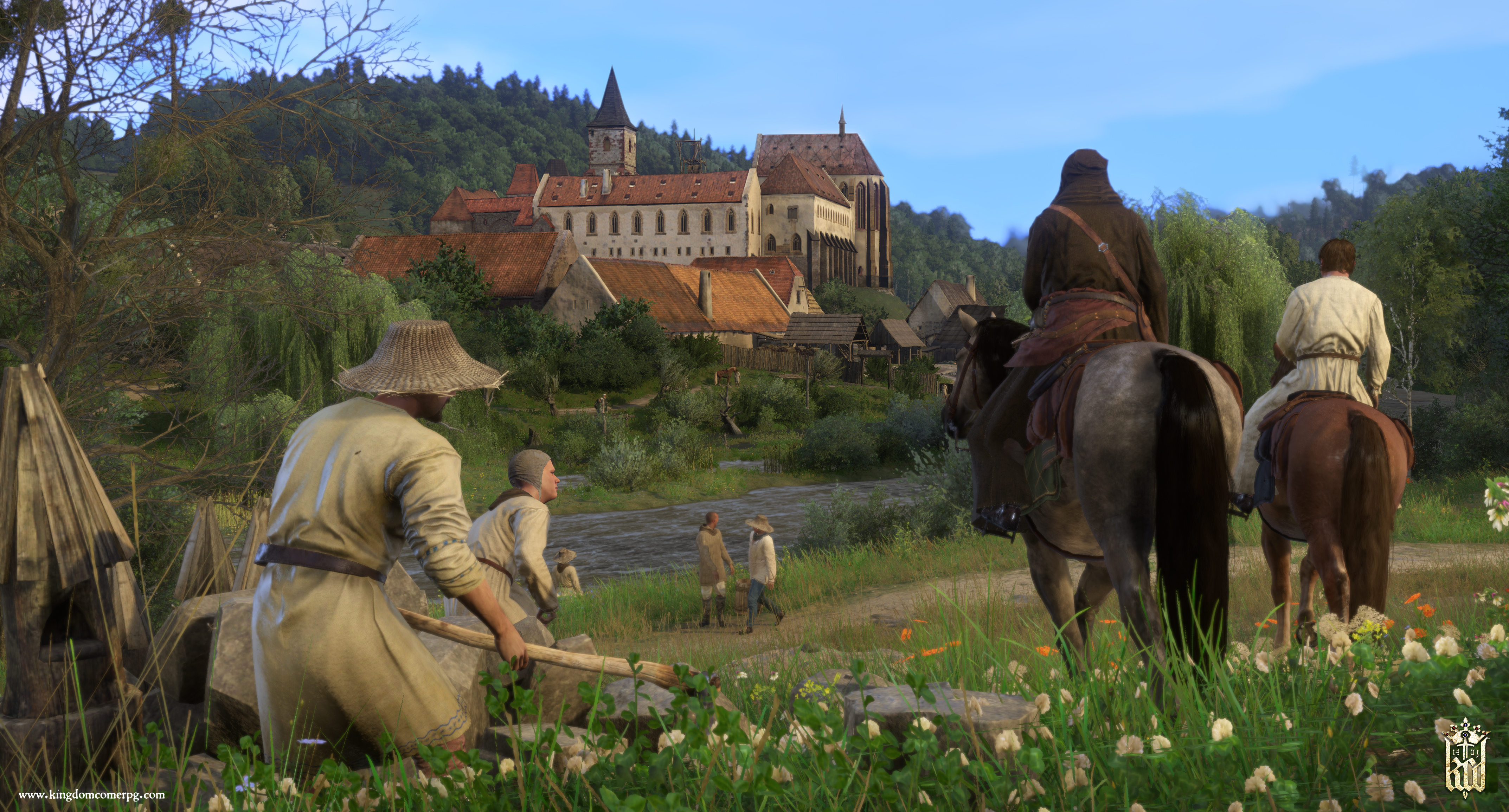 Hi Tobi! Thanks for joining us. You’ve come such a long way since your first Kickstarter. Looking back, how has the journey been?

Extremely exhausting! Looking back what really sticks in our mind is the great support from our community over the years. It’s also very interesting to see how seasoned members are now “educating” the new community members.... ahhh... an army of little Warhorsians :)

You’ve been super open with the community that’s grown around Kingdom Come. How important do you think fostering those relations has been?

It was essential for us, even though it can be a double-edged sword. On one hand, we wouldn’t be here today if the Kickstarter had failed, that is a fact. On the other hand, four years of development and communication has led some people to believe that we are developing this game for eternity! We wanted transparency so our community could follow our process, showing them bits and pieces through almost all steps of our development. It feels great now that everything has come together, and people can see the final result. 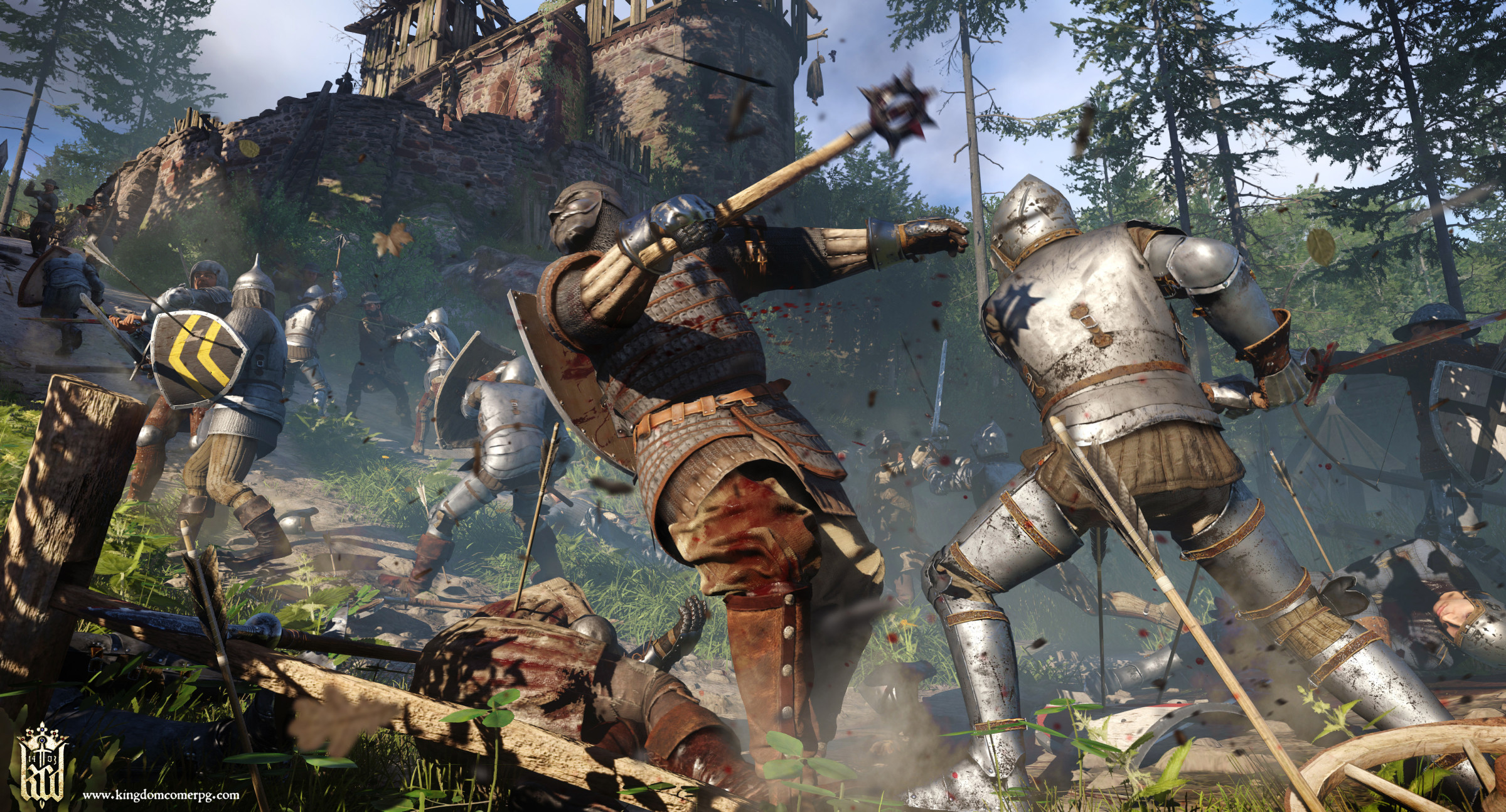 There’s no game quite like Kingdom Come on the market. Why do you think it caught so many players’ imaginations?

That is hard to answer from our perspective. It must have caught the attention of the people as there is no RPG like Kingdom Come: Deliverance out there. The medieval setting is interesting, and no one ever tried to show it without fantasy elements. With Kingdom Come: Deliverance we want to show the people what medieval Europe could have looked like. This was our vision, and with the feedback from our community it became a collaborative project.

CRYENGINE was your early choice of engine. How has the engine helped you achieve your vision?

CRYENGINE definitely allowed us to have stunning simulated vegetation. People told us that we might have the best looking forests ever seen in a videogame. But forests and fields are not the only things in Kingdom Come: Deliverance. With CRYENGINE we built majestic castles and monasteries which look almost exactly as how they stand today…. Despite the fact that our castles are still as intact as they were in 1403!

There’s a huge amount of depth to the game but even as an open world title, a challenging genre, it looks fantastic. What features of CRYENGINE helped deliver such a great looking game?

One of the outstanding features we use is SVOTI (global illumination) technology. It makes the days and nights look much more real, and gives us “50 shades of grey.” This video shows its performance:

The author of the SVOTI technology, Vladimir Kajalin, helped us a lot to increase the overall lighting quality of Kingdom Come: Deliverance. We are very happy that he met us with the same enthusiasm we have for the game.

Crytek and CRYENGINE send congratulations to everyone at Warhorse Studios on the release of the game. You can check out the stunning launch trailer, showcasing the beauty, danger, and adventure, based on a true story, presented by Kingdom Come: Deliverance below.

It looks like first good game on CryEngine not made by CryTek. I don't like medieval themes but it seems a must have. 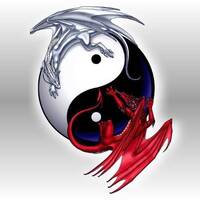 Unfortunately, my hardware isn't able to run the game properly, but it seems most people in steam like it so far.

Reply Report
View all
More like this
Achieved with CRYENGINE: The Drained Goddess Release
We speak to solo developer Zhen Wang about horror game The Drained Goddess which has left Early Access and launched as a full release on Steam.
April 14, 2022
Uninvited Guest - Out Now!
We profile Uninvited Guest from AdroVGames, a beautiful and haunting indie horror game that's out now on Steam.
December 01, 2021
1
See Crysis Remastered Trilogy on Twitch!
Crysis Remastered Trilogy launched last week! Celebrate with us on Twitch and see how the remasters have been optimized for today’s hardware.
October 19, 2021
1