CRYENGINE Game of the Year 2021 Nominee: The Alien Cube

The CRYENGINE Game of the Year 2021 awards launched this week, and we need your votes to decide the winner! The nominees chosen from independent developers and licensees who released games created with CRYENGINE last year are The Alien Cube, Sniper Ghost Warrior Contracts 2, and Uninvited Guest. By voting on the forum and leaving a comment explaining your choice, you could win a voucher for some sweet Crytek merch from the Crytek store! Voting runs until Jan 31, and you can find out more about each game by visiting our dedicated campaign page. As part of the awards, we're spotlighting each nominee over the next three weeks, and this week it's the turn of The Alien Cube.

Tomorrow at 4pm GMT + 1, The Alien Cube will be showcased on devcom's popular Vertical Slice show live on Twitch. Head of Events at devcom and a Women in Games Ambassador, Astrid Gooding, will be playing the game and joined by The Alien Cube's solo developer Alessandro Guzzo to speak about the game and the development process. There will also be game key giveaways during the stream, so don't forget to subscribe to devcom's Twitch channel and tune in for what should be a fantastic show packed full of insights.

And on Friday, our very own Roman Perezogin, CRYENGINE Junior Technical Evangelist, will be streaming The Alien Cube with yet more game keys to give away, so don't forget to subscribe to our official CRYENGINE Twitch channel and join in the fun.

The Alien Cube is a Lovecraftian cosmic first-person horror adventure. You play Arthur, a lonely man whose life will change drastically after his uncle Edgar disappears, and strange events occur. Tormented by nightmarish visions, you will embark on a journey to seek out the truth about what happened to Edgar and the occult world he was involved in.

The Alien Cube is a spiritual successor to Alessandro's first game, The Land of Pain, and features many different locations to explore and investigate, from snowy forests to dark dungeons and otherworldly places. Rich in story, atmosphere, and featuring plenty of plot twists, The Alien Cube is a fantastic example of what a one-person team can achieve with CRYENGINE. Will it get your vote?

Head to the forum to cast your vote! Don't forget to subscribe to devcom's official Twitch channel and the official CRYENGINE Twitch channel to learn more about each nominee and be in with a chance of winning a free game key.

Are you making something cool with CRYENGINE? Let us know in the comments, on the forum, or via Facebook and Twitter. Pick up tips and tricks about our engine, ask questions, and more by joining our community and the CRYENGINE development team over on our official CRYENGINE Discord channel.

If you find a bug in the engine, please report it directly on GitHub, which helps us to process the issue quickly and efficiently. Don't forget to subscribe to our YouTube channel, where we host a range of content, including tutorials covering all aspects of the engine and game design. Want to show your love for CRYENGINE? Pick up merch over on the official online Crytek Store. 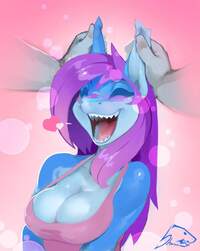 Reply
View all
More like this
CRYENGINE Game of the Year 2021 awards!
Win Crytek merch by voting for your favorite CRYENGINE game released in 2021.
January 10, 2022
DIS Students Visit CRYTEK
We welcomed students from the Danish Institute for Studies Abroad and introduced them to the world of game development and our engine.
November 17, 2021
Crysis Remastered Trilogy Dev Stream
Project Manager Steffen Halbig and Principal Rendering Engineer Vladimir Kajalin take you behind the scenes of the Crysis remaster on GameDev Show.
November 10, 2021
Privacy preferences