Crytek to release a remaster of Crysis 1 for PC, Xbox One, PlayStation 4, and Nintendo Switch this summer.

Frankfurt (Germany), April 16, 2020 –The classic first person shooter is back with the action-packed gameplay, sandbox world, and thrilling epic battles players loved the first time around – with remastered graphics and optimizations for a new generation of hardware co-developed on CRYENGINE with Saber Interactive. Starting this summer, Crysis Remastered will be available for PC, Xbox One, PlayStation 4, and for Nintendo Switch.

“We are excited to be working on the Crysis franchise again, and to bring all the Crysis fans a remaster worthy of their passion for the game,” said Crytek CEO Avni Yerli. “It’s an exciting opportunity to be able to bring Crysis back to PCs and current consoles – even Nintendo Switch! – so that a whole new generation of players can experience the thrill of a battle in the Nanosuit.”

In Crysis 1, what begins as a simple rescue mission becomes the battleground of a new war as alien invaders swarm over a North Korean island chain. Armed with a powerful Nanosuit, players can become invisible to stalk enemy patrols, or boost strength to lay waste to vehicles. The Nanosuit’s speed, strength, armor, and cloaking allow creative solutions for every kind of fight, while a huge arsenal of modular weaponry provides unprecedented control over play style. In the ever-changing environment, adapt tactics and gear to dominate your enemies, in an enormous sandbox world.

Crytek is an independent videogame developer, publisher, and technology provider dedicated to pushing the boundaries of gaming with its cutting-edge 3D game development solution CRYENGINE. With headquarters in Frankfurt am Main (Germany) and studios in Kiev (Ukraine), and Istanbul (Turkey), Crytek has created multiple award-winning titles, including the original Far Cry, the Crysis series, Ryse: Son of Rome, Warface, The Climb, Robinson: The Journey and Hunt: Showdown. Crytek delivers fun and innovative gaming experiences for PC, consoles, and VR and continues to grow its reach in the games-as-a-service market. Every Crytek game is created with CRYENGINE, which can be used by anyone to create games.

I guess this time the VTOL level will be presented in console version, including Switch
(The VTOL level was absent in the XBOX360 and PS3 version of Crysis) 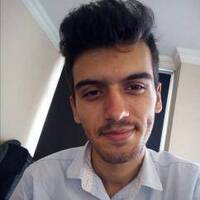 Reply Report
1
2
...
5
View all
More like this
Crysis Remastered Trilogy out now on Steam!
But can it play Crysis Remastered Trilogy? Head to steam and pick up the all-in-one bundle of three iconic Crysis games to find out.
November 17, 2022
4
Land of Pain Remaster Launches!
We interview CRYENGINE community member Alessandro Guzzo about the Land of Pain Remaster, available now!
October 26, 2022
7
Achieved with CRYENGINE: The Drained Goddess Release
We speak to solo developer Zhen Wang about horror game The Drained Goddess which has left Early Access and launched as a full release on Steam.
April 14, 2022