The new feature used to create a futuristic drone scene is currently in development and will come to CRYENGINE this year.

Frankfurt (Germany), March 15, 2019 – Crytek has released a new video demonstrating the results of a CRYENGINE research and development project. Neon Noir shows how real-time mesh ray-traced reflections and refractions can deliver highly realistic visuals for games. The Neon Noir demo was created with the new advanced version of CRYENGINE’s Total Illumination showcasing real time ray tracing. This feature will be added to CRYENGINE release roadmap in 2019, enabling developers around the world to build more immersive scenes, more easily, with a production-ready version of the feature.


Neon Noir follows the journey of a police drone investigating a crime scene. As the drone descends into the streets of a futuristic city, illuminated by neon lights, we see its reflection accurately displayed in the windows it passes by, or scattered across the shards of a broken mirror while it emits a red and blue lighting routine that will bounce off the different surfaces utilizing CRYENGINE's advanced Total Illumination feature. Demonstrating further how ray tracing can deliver a lifelike environment, neon lights are reflected in the puddles below them, street lights flicker on wet surfaces, and windows reflect the scene opposite them accurately.

Neon Noir was developed on a bespoke version of CRYENGINE 5.5., and the experimental ray tracing feature based on CRYENGINE’s Total Illumination used to create the demo is both API and hardware agnostic, enabling ray tracing to run on most mainstream, contemporary AMD and NVIDIA GPUs. However, the future integration of this new CRYENGINE technology will be optimized to benefit from performance enhancements delivered by the latest generation of graphics cards and supported APIs like Vulkan and DX12.

Ray tracing is a rendering technique that simulates complex lighting behaviors. Realism is achieved by simulating the propagation of discreet fractions of energy and their interaction with surfaces. With contemporary GPUs, ray tracing has become more widely adopted by real-time applications like video games, in combination with traditionally less resource hungry rendering techniques like cube maps; utilized where applicable.

The experimental ray tracing tool feature simplifies and automates the rendering and content creation process to ensure that animated objects and changes in lighting are correctly reflected with a high level of detail in real-time. This eliminates the known limitation of pre-baked cube maps and local screen space reflections when creating smooth surfaces like mirrors, and allows developers to create more realistic, consistent scenes. To showcase the benefits of real time ray tracing, screen space reflections were not used in this demo.

Developers everywhere can harness the power of CRYENGINE right here!

Crytek is an independent videogame developer, publisher, and technology provider dedicated to pushing the boundaries of gaming with its cutting-edge 3D game development solution CRYENGINE. With headquarters in Frankfurt am Main (Germany) and studios in Kiev (Ukraine), and Istanbul (Turkey), Crytek has created multiple award-winning titles, including the original Far Cry, the Crysis series, Ryse: Son of Rome, The Climb, Robinson: The Journey and Hunt: Showdown. Crytek delivers fun and innovative gaming experiences for PC, consoles, and VR and continues to grow its reach in the games-as-a-service market. Every Crytek game is created with CRYENGINE, which can be used by anyone to create games.

Technology wise this is a good breakthrough, every engine has its own pros and cons. It depends on who want to use what feature. As of now cryengine is a really beautiful piece of software. It needs to be handled in a way it can generate good results, you cannot just simply do anything, click a button and wait for the results. Guys .. you are doing a really good job developing new stuff, but what we need is a robust set of tutorials. More tutorials and more awarness of the engine, more game assets and visual programming methods( for non coders). 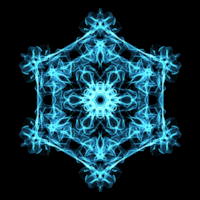