Deceit is the free-to-play multiplayer FPS from Automaton, who we are proud to be continuing our partnership with on their in-production Battle Royale MMO tactical shooter, Mavericks. Automaton has kindly provided a huge range of brilliant Deceit assets for the Humble CRYENGINE Bundle 2018 and today we’re speaking to Sam Hills, Community & PR Manager at Automaton, in an interview which gives fantastic insights to anyone making games with CRYENGINE.


Hi Sam! Thanks for joining us. Your assets in the Humble CRYENGINE Bundle 2018 are awesome. How can they help the CRYENGINE community?

Two key areas we think the bundle can help the community with are learning and prototyping. It can be difficult for a developer to understand how their discipline translates to a different game engine or to fully envision an idea without assets to manipulate. We contributed to the humble bundle because we wanted to play a part in helping people to break past those initial stages and hope they will begin creating games themselves.

Looking back at the development of Deceit, what processes contributed to your success?


The biggest strength of Deceit as a game is its unique design. There are a few different titles that have touched on the topic but it’s never been done with the collaborative mechanics and immersion that an fps brings. Being deceived feels much more personal from a first-person perspective without the additional barrier of a visible avatar. The success of all of that should also be credited to the iterative nature of the game’s development which allowed us to expand on parts of the design which worked best in the game.

Why did you choose CRYENGINE for Deceit? What features made the difference for the game?

In Deceit a core mechanic is the way the game changes between day and night phases. In the dark we shift the roles of the players by temporarily powering up the bad guys and instilling a sense of fear and urgency in the good guys. It’s a very atmospheric experience and CRYENGINE’s heritage around lighting and shadows, its granular controls, lighting effects, and the ability to instantly preview those changes have been key to getting that right. 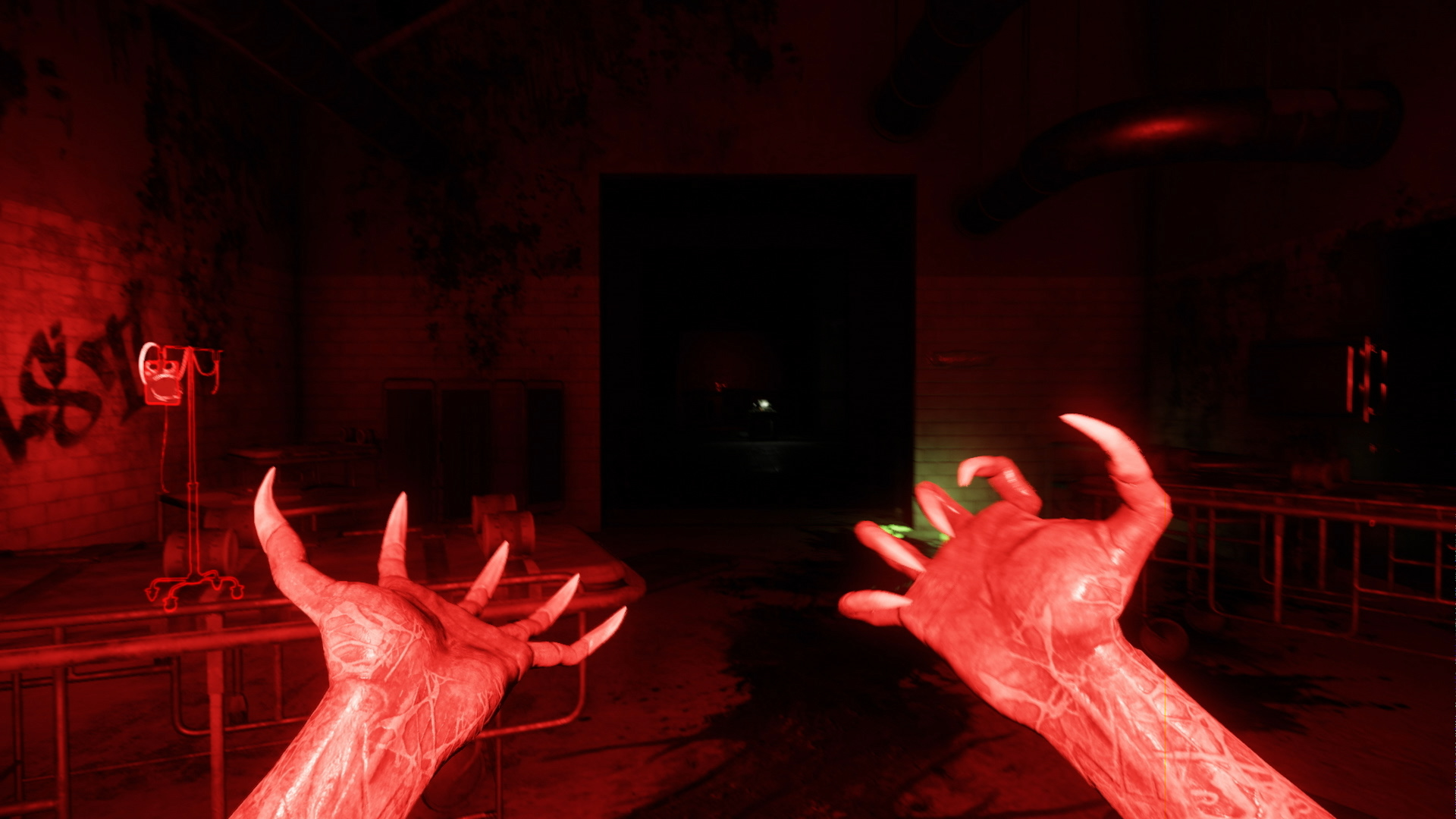 What would you have done differently during production?

We never really had anything go majorly wrong during development but it’s worth mentioning that feedback from the small challenges we did face has obviously been heard. There have been a lot of updates to CRYENGINE since the beginning of the project and creating a game like Deceit is now much easier than ever before.

As with any project, there are things we’ve learnt a lot from and would do differently now. For example, Deceit’s character controller would be much more advanced if we were to make it now. We’ve gotten a lot better at understanding what we’ll need, to accommodate realistic animations, and give more feeling to those animations, so our methods have changed to reflect that.

What advice would you give to developers about the production pipeline?

CRYENGINE has a huge advantage over other engines in modern non-linear production pipelines thanks to the engine’s dynamic nature which plays well with iterative development. Our art team can work closely with the game design team throughout all stages of the project to adjust lighting and asset placement without the need to ‘bake’ between visualizing outcomes. Developers should take advantage of this wherever possible and use it to test different ideas, blurring the lines between the concept, design, and pre-production phases.

Deceit is a free to play game. How has the game evolved since launch?

Initially the game had a much greater emphasis on shooting rather than teamplay. We refined that into the current formula which pushes the importance of tools and requires a lot of collaboration between players. That in turn creates more room for deception from the bad guys. We wanted players to always be second guessing their judgment, rarely fully trusting anyone, and I think we’ve achieved that. 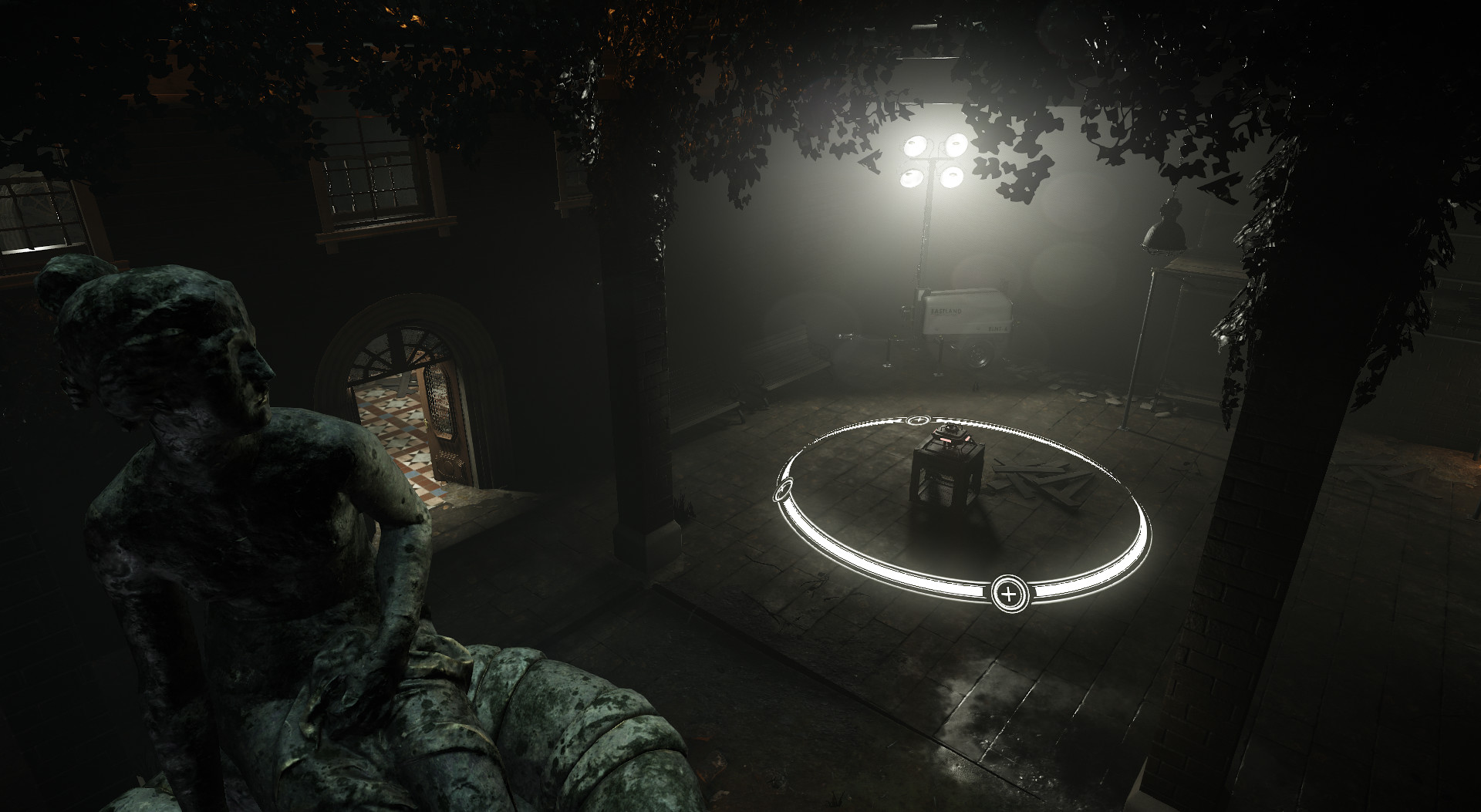 How important has your community been for the evolution of the game?

Our community has been a key part of the game’s development and even with the hugely positive feedback; they also remain some of our most honest critics. We’ve maintained an open dialogue with our players from very early on and they’ve always been free to tell us things they do and don’t enjoy which we’ve then discussed internally and iterated on. I think developers should accept that some things can seem great in testing but work out entirely differently once handed over to the players, and talking to them consistently is the fastest way to catch those unforeseen outcomes.

Another equally important point worth mentioning is they’ve been great at giving us an abridged version of their home culture and how our game fits into it. It wasn’t until a little while after release we realized there were thematic similarities with a popular mobile game in China and Thailand. Without the help of people in those communities it would have been impossible to understand the needs of those players.

There’s a major content update on the way as we’ve got a new map in testing though the exact release date is TBD. The next location will be a vintage mansion (we’re calling it a manor) and it combines the lessons we’ve learned from a huge amount of feedback on the previous three maps.

We’re super excited about Mavericks. Are there learnings from the production of Deceit that you’re taking into this new development?

During the production of Deceit we began working on a number of ideas that we’ll be incorporating with Mavericks. The most prominent of them is a significantly refined approach to changes in level of detail. CRYENGINE remains at the forefront of real time rendering technology which allows us to change a huge number of visuals on the fly. When coupled with our tech team’s integration for SpatialOS, which gives us a greater understanding of what’s relevant to the player, this allows us to make a richly detailed environment without the associated end user hardware demands.

You can pick up the Deceit Asset Pack as part of the CRYENGINE Humble Bundle 2018, which also includes a range of battle-hardened assets from Crytek games and CRYENGINE-powered games from studios around the world. It’s a beast of a bundle, and you can choose to contribute to both the creators and to Extra Life, who are, put simply, an awesome charity who unite gamers to raise cash for sick and injured kids. Deceit is available right now on Steam and you can stay in touch with Mavericks on Facebook and Twitter. As ever, we love to hear your feedback so get in touch in the comments below, or on the forums, Facebook, and Twitter.

While I haven't played your game, I got the assets from Humble-Bundle. I sure did enjoy them!

Reply
View all
More like this
Hunt: Showdown x Marvelous Designer Fan Art Contest highlights
Our Hunt: Showdown 3D Apparel Creation Contest, hosted by Marvelous Designer, is still open for entries. Get advice from two of our community experts!
August 26, 2020
1
Teaching game development to kids with CRYENGINE
We speak to Omar Ocasio from the CRYENGINE community, about his rewarding experience teaching kids game development with our engine.
August 07, 2020
1
Stay home & keep developing
Flatten the curve, stay indoors, and make some games. Check out a range of free resources and advice for game development at home.
March 31, 2020
6
Privacy preferences