Get a First Look at Lovecraftian Horror Exploration Game: The Alien Cube

Check out our interview with Alessandro Guzzo about his new game, The Alien Cube, which has a demo out today on Steam.

The Alien Cube is a CRYENGINE-powered first-person horror adventure game from Alessandro Guzzo, the developer of The Land of Pain. You can check out The Alien Cube by playing the demo, which is available on Steam today, and we caught up with Alessandro to find out more about the game and his dev process.

Hey Alessandro! What can players expect in The Alien Cube?

The Alien Cube is a first-person Lovecraftian horror adventure where you play the role of Arthur, a young man whose life is about to change forever. Tormented by dreadful visions, you will explore otherworldly and forbidden places where you will uncover, step-by-step, a terrifying mystery. You will have to survive in dangerous situations across a wide variety of environments as you try to unveil the truth behind a series of strange events.

Where is the game set?

The game is set in the late 1990s. After discovering a strange object that seems to come from an alien world, you embark on a journey taking in many different locations, such as old crumbling buildings, snowy forests, dark dungeons, and more. Otherworldly and insane environments are waiting to be discovered. You have to be very careful as you will have to face many dangers in these disturbing and unexplored places.

What inspired you to make The Alien Cube?

Lovecraft’s literature was a big source of inspiration. This game, in particular, embraces the fear of the unknown, dark and alien worlds, and terrible hidden realities. Lovecraft’s short story that deals with this concept is From Beyond. Edgar Allan Poe’s literature was also a great source of inspiration, especially some of his short tales like The Pit and the Pendulum. The Alien Cube explores the themes of unexplored universes and alien gods, which I had developed in my previous game, The Land of Pain. Indeed, in The Alien Cube, you will play as Arthur, the nephew of The Land of Pain’s protagonist.

The Alien Cube is a spiritual sequel to The Land of Pain, as there are aspects in both games that are connected. For example, in The Alien Cube, you will also investigate the history of The Land of Pain’s protagonist, Edgar. However, these are minor connections compared to the main story. The two games are designed to be played separately, as they are focused on two different stories. At the same time, however, there will be interesting connections to discover if you play both.

What is it about Lovecraftian horror that you enjoy so much?

What I enjoy in Lovecraft’s horror is how he can convey a feeling of insignificance that characterizes humanity's place in the universe. I also like his protagonists, usually anti-heroes and solitary individuals. They are often socially detached and tend to be vulnerable. The truth they have to face leads them to insanity, as what the universe hides from humanity should not be seen by anyone. In The Alien Cube, the player can find many of these aspects explored, as well as other themes.

Is it a solo development, or is there a wider team?

I am the sole developer behind The Alien Cube. However, there are some aspects that I can’t manage by myself, such as translation and voice acting. For those aspects, I’m collaborating with some fantastic people that I want to thank. In particular, I want to thank Francesca, who is helping me with marketing and giving great feedback on the development.

What did you learn from the development of The Land of Pain, and how has that helped you with this project?

The Land of Pain was my first game, and my very first experience as a developer. I started from nothing! The Land of Pain allowed me to learn and discover new things, from beginning to end. Even today, I’m learning new things and more efficient methods, essential in this kind of job. The Land of Pain’s development gave me the necessary basis for game development, and now my goal is to make better and more advanced games.

The Land of Pain was my first project with CRYENGINE, and I started its development in late 2014. I chose CRYENGINE because I felt immediately comfortable with creating the environments and the situations I had in mind. As a one-person team, optimizing development time has always been my priority, and with CRYENGINE, I have found this essential feature.

The high technical quality that you can achieve with CRYENGINE is another important aspect of the engine that has always intrigued me. I’m using all the available features to reach the best quality in every aspect.

Which CRYENGINE features have helped you with the Alien Cube?

To me, the most useful feature in CRYENGINE is Flowgraph, as it is a very intuitive system to create actions in the game. Also, the material editor is very fast. I’m also using volumetric fog, global illumination, lens flare, and the vegetation editor. All of these features have been very useful in the creation of my projects. The CRYENGINE community was very helpful both in the forums and in Discord. In particular, I want to thank Cry-Flare, who has been very kind and helped me a lot!

The Alien Cube takes advantage of photogrammetry tech. What is your workflow?

Yes, I love this technology as it can bring real objects into the game world with amazing quality. The workflow consists of taking many pictures of an object from different angles, making sure to capture every single detail. The object must have the most uniform light possible, without shadows or direct sunlight.

When the pictures are ready, they are loaded in a 3D reconstruction program that creates the shape and the texture of the object. At this point, the object is created, but it is not suitable for a game engine, so it will require work to optimize it, for example, by reducing polygons, making a better texture with a normal map, and so on. In The Alien Cube, there will also be objects from Quixel Megascans’ library, which contains many incredibly high-quality models.

Check out the Alien Cube demo on Steam today. You can also find Alessandro’s first game, The Land of Pain, on Steam.

Are you making something cool with CRYENGINE? Let us know in the comments, on the forum, or via Facebook and Twitter. Don’t forget to join the community and our CRYENGINE development team over on our official CRYENGINE Discord channel.

Want to work on CRYENGINE? At Crytek, we value diversity and actively encourage people from all kinds of backgrounds and experience levels to apply to our open positions, so join us over at LinkedIn and check out our careers page.

If possible, then a CRYSIS remaster is possible with the new breakthrough power of CRYENGINE 5.6? 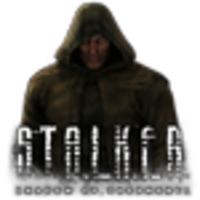 View all
More like this
CRYENGINE Community Spotlight: Vote for your Favorite CRYENGINE Game in the Steam Awards
The Steam Awards are open for nominations now! Vote for your favorite CRYENGINE games in various categories.
December 02, 2019
Time Squared in Early Access on Steam
Check out our interview with Thomas Marot Magné, one of the developers behind Time Squared, a CRYENGINE shooter in Early Access on Steam!
November 11, 2019
Achieved with CRYENGINE: Stunning Victorian Room Art Project
Check out how two artists, Caspar Helling and Verena Gruse, took CRYENGINE's lighting tools for an impressive spin.
November 06, 2019
9
Privacy preferences