Support charity and fellow indie developers while getting Crytek's own assets and more!

Name your price for one of six exclusive Crytek-created asset packs, or pay $13 or more to unlock thousands of textures, objects, sounds, and characters on Humble Bundle until March 29th. We’re also offering three expansive packs from Ryse: Son of Rome, as well as FPS and vehicle starters that come with free tutorial videos.

That’s a total of 50GB of top-quality assets, so get your hands on it now: you only have six more days.

As always, Humble Bundle allows you to decide how much to pay for your bundle and how much of that money you want donated to charity. Any additional profits will go into our recently announced Indie Developer Fund, a grant program designed to financially support indie developers doing great work in CRYENGINE.

GET THE CRYENGINE HUMBLE BUNDLE

rolling downhill and getting worse!! 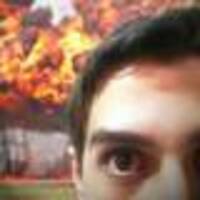